“Religion is a cow. It gives milk, but it also kicks.” — Buddha.

“If you’re following the news, you know that the major religions differ in their interpretation of the holy books. For example, one way to interpret God’s will is that you should love your neighbor. An alternate reading of the holy books might lead you to rig a donkey cart with small mortar rockets and aim it at a hotel full of infidels. In summary, po-tay-to, poh-tah-to. Religions are very flexible.” — From Scott Adams‘ Holiday Thoughts, 2003.

Carl Jung, a noted psychiatrist and psychoanalyst from the early 1900’s, and former colleague of Sigmund Freud, said the following about religion:

Many people in mainline Christianity would never admit how correct that statement is, and yet it is true.

Carl Jung’s comments are not about the Bible, they’re not about God, they’re not about reality, they’re about religion, which is a structure built upon the desires of some people to control the beliefs of others. A group or organization of mandates that instruct to you think the way they do. They set up living standards based on how they interpret writings that are thousands of years old and that contain legends, traditions, mythology and they take those things and say this is what it means and you must believe it and they drive it into the minds of their members the fear that if they don’t obey their instructions they will eventually fall into a fiery hell of eternal suffering dominated by demons chasing you around with pitchforks.

So, all one has to do to evaluate religion is to go back to the Dark Ages of Europe. What happened in the Dark Ages was what many in the Christian right-wing movement that we hear about in politics today would like to see happen now. When Christianity became the government, it was mandated that you publicly accept the Church and confess Jesus as your Lord and Saviour or face the persecution of the Church. People that identified themselves as intellectuals and scientists were executed or imprisoned. People like Galileo and Copernicus became a threat to religion because they told the truth about nature. People were tortured to death during the Spanish Inquisition. Women who were spiritual were called witches and subsequently burned at the stake or hanged. That’s what happens when religion becomes the government. It was a horrible time but it laid the foundation of how all religion survives.

The one word that strikes fear into a literally minded Christian is “Hell.”
Hell is not somewhere you go after you die, it’s available right here and now if you choose to dwell in your lower emotional nature or carnal mind. How can I make such an audacious claim? By actually opening a history book for one, and researching all religions and myths. It’s interesting that they all have common threads. Hell is no different.

All of this nonsense comes from a total misrepresentation of the Bible as a literary book, when in fact it is not a literary book but a book of Greek Mythology. If people understood the Bible and really read it, you know what they would find out about Hell? That it’s not a place where you go after you die, it’s a place you go while you’re alive, right here on planet Earth, and many people live there all the time today.

Let me show you some scriptures from the Bible which you give us a different perspective:

The way of life is above to the wise, that he may depart from hell beneath.

“The way of life is above to the wise,” which means that when you dwell in your meditation and the higher realms of the mind you depart from the hell of the lower, material realms.

As we raise ourselves above we depart from that which is the lower. So, in other words, the higher mind, the higher thoughts free us from the fear of the lower.
You’ve always been taught that once you go to hell they chase you around with the pitchforks and you never get out of there, but that’s not what the Bible says. They made that up to scare people.

6 The sorrows of hell compassed me about;

This guy is alive. So in other words, I can’t deal with this situation right now; get me out of here!

13 For great is thy mercy toward me: and thou hast delivered my soul from the lowest hell.

2 Then Jonah prayed unto the Lord his God out of the fish’s belly,

2 And said, I cried by reason of mine affliction unto the Lord, and he heard me; out of the belly of hell cried I, and thou heardest my voice.

Do you see what I’m saying? These are biblical scriptures that tell that it’s not what you’re taught. Hell is not someplace that people go to after they die, that’s not true. It’s a place that you occupy when you’re alive and you can leave there if you only make the choice to do so.

Our kindness can bring heaven or our violence and cruelty can bring hell. The choice is ours in this moment to create where we choose to dwell.

The word “Hell” is a made-up English word that is a translation from the Greek word “Gehenna,” which is a translation of the Hebrew word “Sheol.” Sheol, also known as Hades, the abode of the dead, the underworld, the common grave of humankind, the common destination for both the righteous and the unrighteous. How did that become the place with things chasing you with pitchforks and a lake of fire? We’ll get to that shortly.

The second-century Jews, who accepted the oral Torah, had come to believe that those in Sheol awaited the resurrection either in comfort (the bosom of Abraham) or in torment. This belief is reflected in Jesus’ story of Lazarus. At that time Jews, who rejected the Oral Torah, believed that Sheol meant simply “the grave.” So what does this mean? It means that it depends on what group you belong to as to what you think it might mean.

The Greek interpretation of the older Jewish writings at Alexandria Egypt incorporated Greek mythology. The Greeks arrive at the word “Gehenna,” a translation of the Hebrew word “Hinnom.”

In Israel, there was a literal Valley of Hinnom. That’s where the mental imagery for the word “Hell” came from.

Here’s an official, first picture, you’ve never seen in before, picture of Hell, in the Valley of Hinnom:

Hinnom is the garbage dump outside of Jerusalem where they burn the garbage. So, in other words, the church decided that these people are garbage and deserved to “burn” in the “fires” of “Hell.”

The word “Hell” is believed to be ancient Norwegian. The English word has been theorized of being derived from the Old Norse “Hel.” Among other sources, the Poetic Edda, compiled from earlier traditional sources in the 13th century, and the Prose Edda, written in the 13th century by Snorri Sturluson, provide information regarding the beliefs of the Norse pagans, including a female being named “Hel,” who is described as ruling over an underworld location that was known as Helheim. This is also one of the reasons why the ancient mystics associated the woman as being representative of the lower or higher emotional nature. In this case, the lower emotional nature.

So all of this bizarre stuff winds up being an extremely bizarre construction of religious people who are trying to scare people. One would suppose that the person who translated the Bible in England translated Gehenna in English who probably had some relatives in Norway and said: “I know, let’s call it Hell!”

Anyway, the next time that someone is preaching a literal version of Hell, I want you to remember what you have learned here and apply it accordingly. Because knowledge is power, power to rise above your emotional nature, power to not live in fear, power to believe that you are not a worthless sinner in need of redemption but are, in fact, divine already and worthy of the Kingdom of God that Jesus said is within you. Luke 17-21

As an addendum, I would like to include an excerpt from a conversation between Bill Moyers and Joseph Campbell on the meaning of life that I found quite profound and relevant to the topic we have just covered. Enjoy!

Here are Joseph Campbell’s words.
“The meaning of life. The experience of life.
The mind has to do with meanings. What’s the meaning of a flower?
There’s a Zen story about a sermon of the Buddha in which he simply lifted a flower. There was only one man who showed with his eyes that he understood what was said.
Nothing was said. He simply held the flower. There was no need to say anything.
There is no meaning.
What is the meaning of the universe? What is the meaning of a flea? It’s just there. That’s it. And your own meaning is that you’re there.
We are so engaged in doing things to achieve purposes of outer value that we forget that the inner value, the rapture that is associated with being alive, is what it’s all about.” 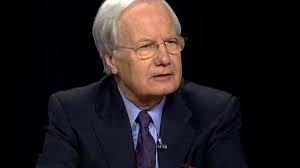 Bill Moyers asked Joseph Campbell “How do you get that experience?”
Joseph Campbell replied.
“Read myths. They teach you that you can turn inward to get the message of the symbols.
Read other people’s myths, not those of your own religion because you tend to interpret your own religion in terms of facts, but if you read the other ones you begin to get the message.
Myth helps you to put your mind in touch with this experience of being alive.
How this happens is a mystery. There’s a flash that comes and something in you suddenly knows.”