Once you understand that you are reading mythology, you can take a step back and see a much broader perspective, especially with the seemingly miraculous birth of Jesus in a manger by a virgin. This motif has been repeated numerous times in antiquity with numerous religions and god-men being spawned from it. We’ll get into the virgin birth narrative in another article, but today I want to focus on the real reason why Jesus was born in a manger.

Outside of the Bible, there is not one iota of physical evidence that hasn’t been debunked, writing or otherwise, that supports the virgin birth or manger birth of Jesus. The Bible is not a trust-worthy book in a historical context, period. It has been tampered with far too much by Christian editors to be taken as the be-all and end-all of spirituality.

Okay, let’s get down to business with this whole “born-in-a-manger-thing.”

The key to understanding the origin is to understand the sun and stars and how the ancients wrapped their stories around their patterns in the sky. When you start researching cosmology alongside religious texts, you eventually see the connection to how it all came to be.

One representation of Jesus, along with a symbol of your highest spiritual potential, is the sun in the sky (the numerics of Jesus’ name in Greek (Iesous) add up to 888, which is associated with the mythical sun), and if you follow its path through the constellations of the zodiac it all becomes quite clear.

The reason Jesus is born on December 25th, just like so many other “god-men”, is because the sun in the sky is “born” on the same day during the Winter Solstice. Associating Jesus’ birth with that date was a concession by the early Roman Catholic Church to compete with the other main religion in Rome that was associated with the sun-god Sol Invictus or “unconquerable sun.” Christianity was not thriving so the natural solution was to “borrow” from the most popular religion of the time to gain additional followers. Obviously, it worked.

When the sun is “born” on December 25th, that day falls smack dab in between Sagittarius, the horse, and Capricorn, the goat. And when Capricorn is at its zenith at midnight, due to its dispensation with Cancer, an asterism called the “Beehive” becomes part of Capricorn. But Beehive is a newer name. Its original and much older name is “Praesepe”, which is Latin for the word “manger.”

Within Capricorn are the following constellations: Cepheus (The King), Cygnus (The Swan), Delphinus (The Dolphin), Pegasus (The White-Winged Horse), and Equllus (The Small Horse). If we look closer at Cepheus, The King, we find two stars with names that give us clues. Errai (meaning “Shepherd”), and Alfirk (meaning “Flock”). That definitely gives us clarity to the shepherds and flock that were nearby when Jesus was “born”.

That’s why Jesus was “born in a manger.” It’s astrological, not historical. 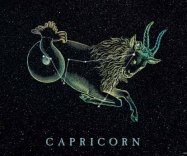