I don’t know about you, but prior to my research and awakening, I had nothing but a negative association with this symbol that we all associate with Adolf Hitler and the atrocities he and his armed forces committed during the second world war.

Skinheads or White Nationalists of today still try to claim this symbol as a sign of white power.  Obviously, they don’t know of its ancient origins.  This makes them look extremely ignorant.  Oh well, if the shoe fits. 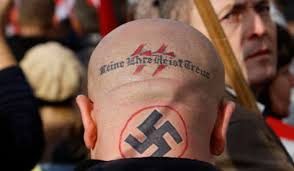 But once again, wisdom comes to the ardent and relentless truth seeker.  We all need to embark on this journey for truth, not just for the benefit to ourselves but for all of humanity.  When we all know the truth, the old guard in power today, that is in its twilight of existence, is left without an argument and means to continue the suppression of knowledge on this planet…in a perfect world, anyway.

With that being said, let’s reveal the true nature of this ancient symbol.

This symbol was never associated with anything evil or dark until Hitler misrepresented it as a symbol of Nazism.  But even with that, Hindus, Jains and Buddhists still recognize it as a spiritual symbol.

In early Christianity, it was a cherished symbol of its early worshippers, who called it “crux dissimulata”, which means “dissimilar cross“.  Early worshippers had to hide the fact that they were Christians, hence the swastika, the wheel cross (Ichthys Wheel), and the anchor cross;  the latter predates Christianity as a pagan symbol.

Often accompanying the swastika was an inscription “Vitalis Vitalia”, which translates to “Life of Life“.  They used this symbol for centuries, long before the invention of the current cross and/or crucifix symbol we have today.

According to H.P. Blavatsky, the swastika is “the most sacred and mystic symbol in India.”  It is a spiritual symbol that is found on and in historical records on almost every nation on the planet.  Its roots are in India, one of the true mothers of our current civilization.  And if we dig a little deeper into India’s ancient and wonderfully beautiful spiritual history, we find its origin with the help of H.P. Blavatsky.

“Hitler also misappropriated and misrepresented the word “Aryan” – using it to mean a so-called “perfect race” of blonde-haired, blue-eyed, fair-skinned people – whereas in its actual and historical sense, which is the sense in which the term is used in Theosophy, the word “Aryan” means “Indian.” Ancient India was called Aryavarta and the Aryans were the inhabitants of this land. The swastika symbolizes and represents:

(1) Auspiciousness, since the true and literal meaning of the Sanskrit word “Swastika”, is “All is well.”

(2) The continual motion and revolution of the invisible forces of the universe and the cycles of time, represented by the four arms of the cross being bent at right angles to signify motion and rotation.

(3) The Seal of the Heart or Heart’s Seal of Buddhism. It can be seen engraved on the chest of Buddha in many statues of him around the world.

“Applied to the Microcosm, Man, it shows him to be a link between heaven and Earth: the right hand being raised at the end of a horizontal arm, the left pointing to the Earth. 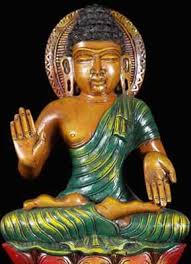 It is at one and the same time an Alchemical, Cosmogonical, Anthropological, and Magical sign, with seven keys to its inner meaning. It is not too much to say that the compound symbolism of this universal and most suggestive of signs contains the key to the seven great mysteries of Kosmos. … It is the Alpha and the Omega of universal creative Force, evolving from pure Spirit and ending in gross Matter. It is also the key to the cycle of Science, divine and human; and he who comprehends its full meaning is forever liberated from the toils of Mahamaya, the great Illusion and Deceiver. … So ancient is the symbol and so sacred, that there is hardly an excavation made on the sites of old cities without its being found.” – H.P. Blavatsky, “The Secret Doctrine” Vol. 2  https://blavatskytheosophy.com/esoteric-symbolism/

There you have it, folks.  Knowledge is power; use it wisely.

6 thoughts on “The Misunderstood Swastika”